The A-level results are an absolute scandal. Today thousands of young people have been left heartbroken after seeing their results downgraded causing many to miss out on their university of choice. This government has completely ignored the professional judgement of teachers and has instead used an algorithm that on the surface may seem fair – the national figures are largely in line with previous years – but, when you dig a little, is clearly an attack on working class students that serves to reinforce educational disadvantage.

Gavin Williamson, Secretary of State for Education, had the cheek to say “there is a danger that pupils will be over promoted into jobs beyond their competence”. Ironic coming from him. But what he really means is that he wants working class students to know their place and leave the high paid jobs to the 7% of privately educated people that already dominate both the public and private sector leadership.

Teachers and students alike will also be very worried about the GCSE results due out next week. Young people have suffered enough. Give students the grades their teachers decided and let them move on to the next stages of their lives without these ridiculous and unfair judgements weighing them down.

Working class students must not be funnelled away from top universities. All applicants must receive a high quality, fully-funded university place.

An education system that disadvantages working class students is nothing new. In addition to reverting back to teacher assessed grades, as has happened in Scotland, we also need to see a scrapping of tuition fees and student debt, fully funded university places with adequate grants to cover living costs and a tax on the super-rich to fund decent jobs and training opportunities for all those leaving school.

Angry about the results? Join Young Socialists protesting around the country – including a protest outside Downing Street on Saturday at midday. See: https://www.facebook.com/youngsocialistsYS/ 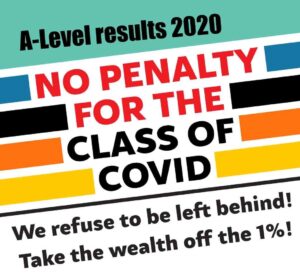 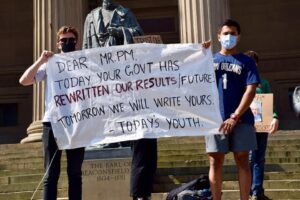 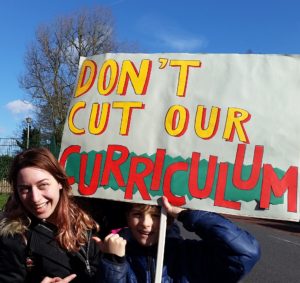 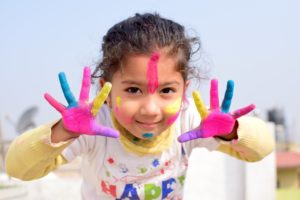